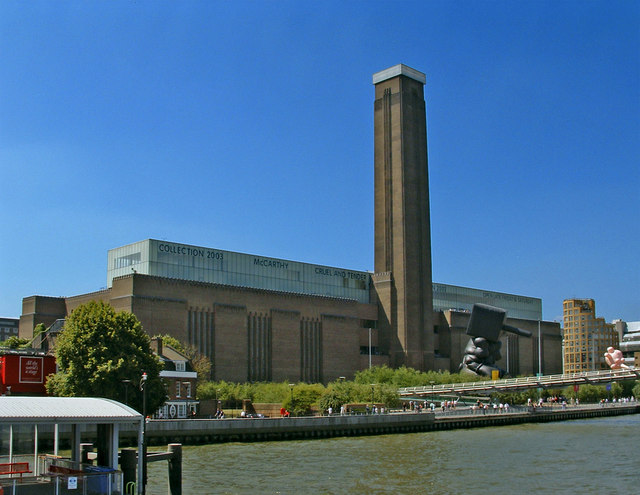 Our Rating: - no reviews for Tate Modern yet - Add your review

Tate Modern is the national gallery of international modern art. Located in London, it is one of the family of four Tate galleries which display selections from the Tate Collection. The Collection comprises the national collection of British art from the year 1500 to the present day, and of international modern art. The other three galleries are Tate Britain, also in London, Tate Liverpool, in the north-west, and Tate St Ives, in Cornwall, in the south-west. The entire Tate Collection is available online.

Created in the year 2000 from a disused power station in the heart of London, Tate Modern displays the national collection of international modern art. This is defined as art since 1900. International painting pre-1900 is found at the National Gallery, and sculpture at the Victoria & Albert Museum. Tate Modern includes modern British art where it contributes to the story of modern art, so major modern British artists may be found at both Tate Modern and Tate Britain.

5 of the Best Art Galleries in Central London

Your Review For Tate Modern

Register with us to add your review for Tate Modern.